Looking at the changelog there are some real significant improvements – these are the ones that make me able to ditch VMware Workstation completely:

Especially the ability to run 64 bit guests on 32 bit host operating systems is something I have been missing.

I did a quick test and booting a 64 bit Red Hat Enterprise Linux 5 directly from the VMware virtual disk and it worked without problems – though it does seem to run slower than in VMware.

The new Host Interface Networking implementation makes it possible to skip the manual bridge setup on both Linux and Windows (simply select the physical interface to attach the virtual interface to in the configuration). However it does not change anything for my SeamlessRDP guide – if you attach your virtual nic to a physical one you will also expose your VM to you physical network.

The GUI has also been polished a bit and it’s now a lot easier to select the OS of the guest in the “new virtual machine wizard” (the layout is almost the same as that found in VMware Workstation. 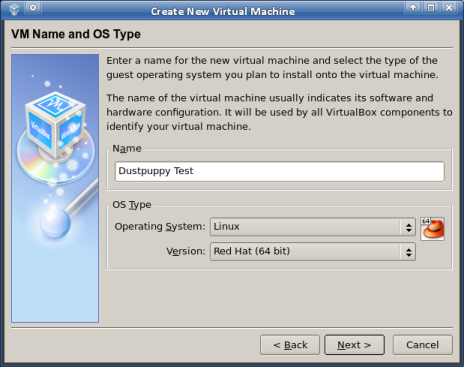 VirtualBox is getting better and better with each release.