VMware released VMware Workstation 6.0.4 almost a month ago and reading the release notes I had high hopes

and it certainly does compile. But…

After installing it, when one tries to fire up the first virtual machine
Workstation croaks with this message 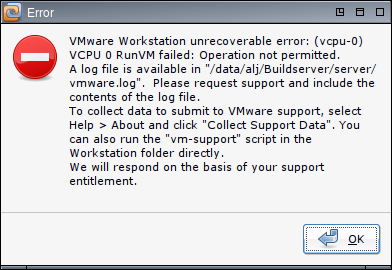 I’ve tried some of the vmware-any-any patches from vmkernelnewbies but they all broke the vmblock module.

For now I’ve decided to stick with 6.0.3 as it is working flawlessly.